Vietnam Veteran Donald Pino in his inscription of the book “To Heal a Nation” once said:

“May our brothers know that the Sierra was well represented”

This flag was donated to the Tijeras Veteran’s Memorial by artist and Vietnam Veteran George Herman Salas on September 20, 2020

“This rendering of the American Flag is meant to symbolize the Veteran Era. As a Vietnam Veteran and an artist, I created this metal sculpture in January of 1999 to portray the feelings of war that remain with me to this day.

Old Glory is torn, to describe our fractured nation, red and white stripes divided. The white stars are to symbolize the Soldiers  who lost their lives in action, the MIAs and POWs. The illusion of stars falling out of the flag as a tribute to those who have returned but are homeless. They are the true Stars” – George Herman 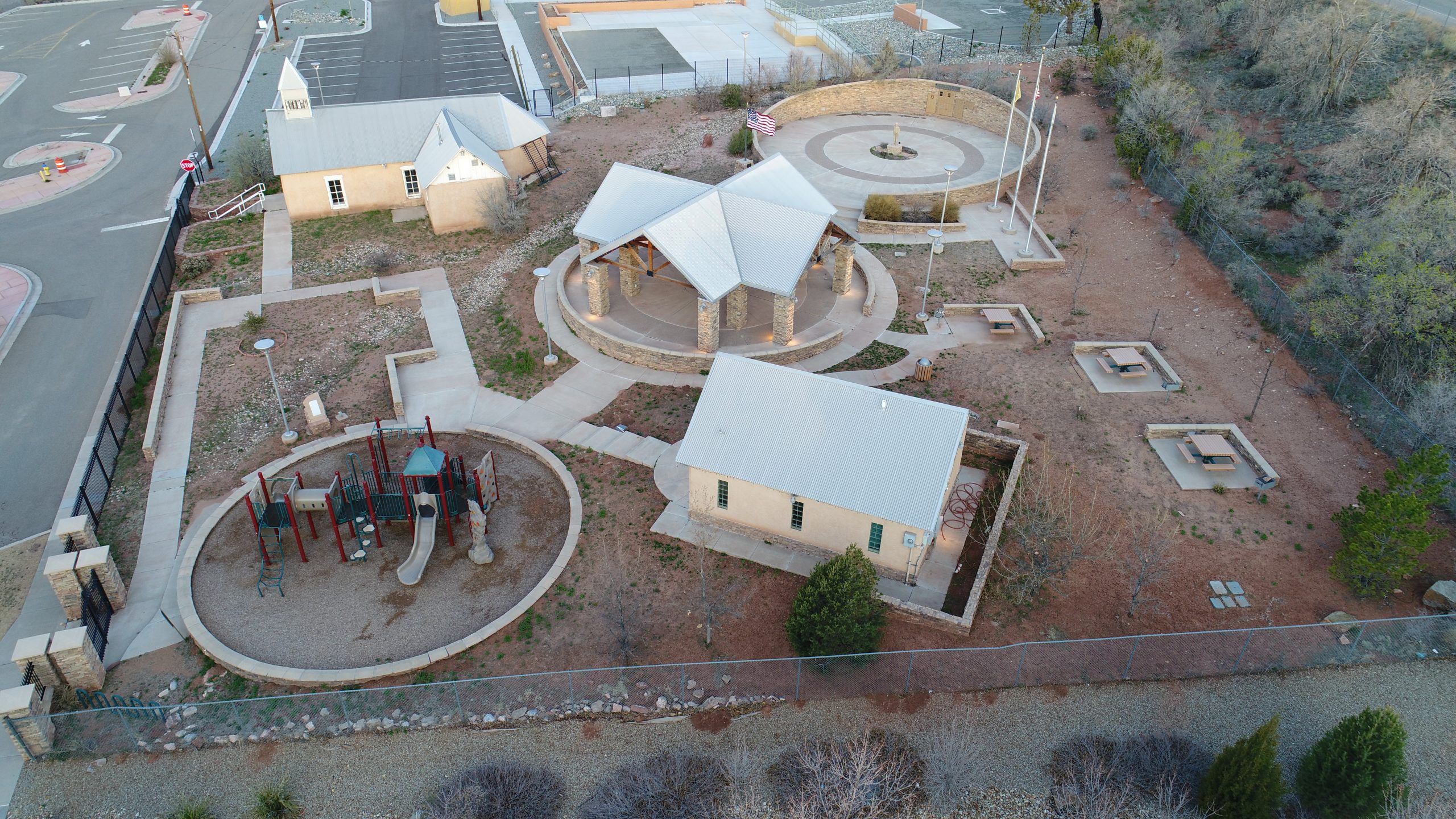 The Veterans Memorial is located in the Luis Garcia Park just west of the East Mountain Library. The Memorial itself consists of a sweeping rock wall in the
shape of a crescent. The wall starts low on each end and, at its highest point frames a set of three bronze plaques carrying the names of Vietnam Veterans. The first plaque memorializes the POW/MIAs from New Mexico. The second two honor veterans from the Village of Tijeras and the East Mountain Area, some of whom are alive to see their names emblazoned on the
plaque , and some who had fallen in the Vietnam conflict.